The UK government announced the movement of countries in the traffic light travel system.  The countries & territories moving onto the green list are as follows The Azores, Canada, Denmark, Finland, Liechtenstein, Lithuania and Switzerland. Travellers returning from green list countries do not have to quarantine even if they have not had both vaccinations. They are still required fill in a passenger locator form and be tested before they return as well as on day 2 of returning home. It is also important to take into account other countries rules before booking, for example whilst Canada is on our green list they are not allowing British nationals into the country, meaning you are unable to go on holiday there.

There were no countries added to the amber list. UK citizens who are fully vaccinated can travel to amber list countries such as European tourist hotspots Spain, Portugal and Greece without having to quarantine when they return, they will same as green list countries have to fill in a PLF and test before they return and on day 2. If you aren’t fully vaccinated then you will have to do the above as well quarantine at home for 10 days but can test to release early on day 5.

The changes will come into force at 04:00 BST on Monday.

As most of the changes have occured in Europe, here's a visual representation of the continent 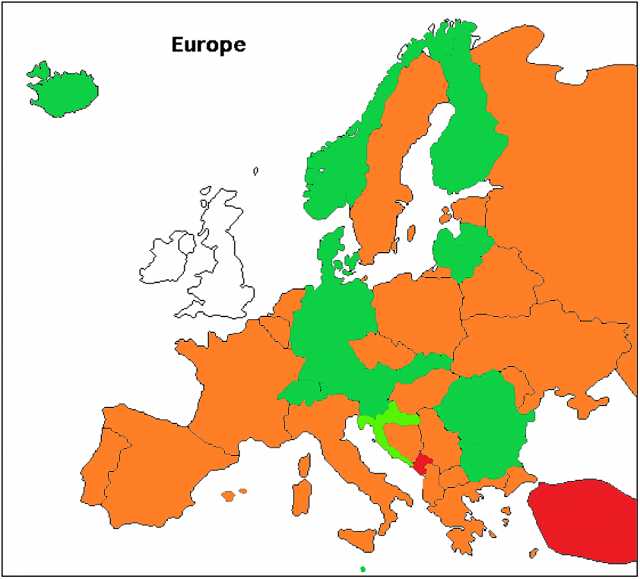