Yes, it’s one of the only places open at the moment but we’re here to tell you it has a bit of something for everyone. A British overseas territory since 1713 the ‘key to the Mediterranean’ is situated on the southern tip of the Iberian Peninsula 14 miles from Morocco. For peace of mind, the population of Gibraltar is fully vaccinated all that’s required on arrival is a quick lateral flow test and then you’re all good (another is required on day 5 if you’re staying longer than 7 days). Masks are only required when inside or on public transport so shouldn’t hamper you’re enjoyment of this beautiful place. Gibraltar has a land border with Spain however the best way is to fly and this can be done from most UK airports.

With average temperatures of 25 degrees and dry summers, Gibraltar can be relied on to give you a suntan. So if you enjoy lying on a sun lounger on the beach or by the pool then Gibraltar is as good a place as any. Although it covers less than 3 square miles still manages to have four beaches, each of which can give you something different. Camp & Little Bays are located on the south of the peninsula (even better for you sunseekers) and away from the Rock of Gibraltar which means they are less likely to catch any clouds. It also has a lido, and you can see across the Bay of Gibraltar to Algeciras. The rest of the beaches are on the eastern coast in the shadow of the Rock and continue in several coves and bays along the edge of the peninsula. 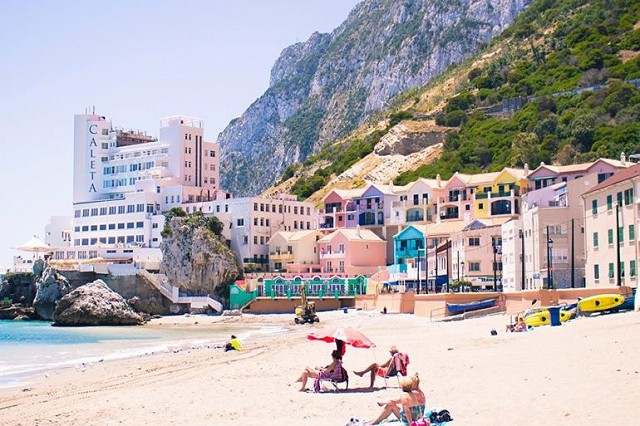 Due to its prime location overlooking The Strait of Gibraltar, the peninsula has always been highly sought after and therefore has been a pivotal part of the history of the Mediterranean, especially since the British took control of it. The Moorish Castle has stood overlooking Casemates Square since the 8th century, it was rebuilt in the 14th Century and whilst not much of the castle remains, the Tower of Homage and the Gatehouse gives you a good feel of what a formidable structure it would’ve been. The siege tunnels and batteries give you a great insight into how contested Gibraltar has been throughout the centuries. They were built by the British during the famous Great Siege and are an architectural masterpiece having been built entirely by manual labour to allow them to get gun batteries in advantageous positions, some of these cannons are still display today.

The Rock of Gibraltar dominates much of the peninsula but what lies beneath it is easily more visually stunning. I am of course speaking about the caves, one of which – named Cathedral Cave - is large enough for 400 people to watch anything from a drama to opera. There is also St Michael’s Cave the largest of Gibraltar’s 150 caves.  This stunning feat of nature has a number of connecting caves and the lower hill even has its own small underground lake. Whilst we’re talking about The Rock, the best way to get to the top is via Cable Car. Built in 1966 the cable car can carry up to 30 passengers and provides some spectacular views of the west of Gibraltar. No trip to Gibraltar would be complete without going to see the Barbary Macaques. Gibraltar has become famous for its monkey inhabitants, the only monkeys living in the wild anywhere in Europe. The best place to see them is in the Gibraltar Nature Reserve which encompasses most of the upper rock and has a number of Gibraltar’s main tourist attractions. 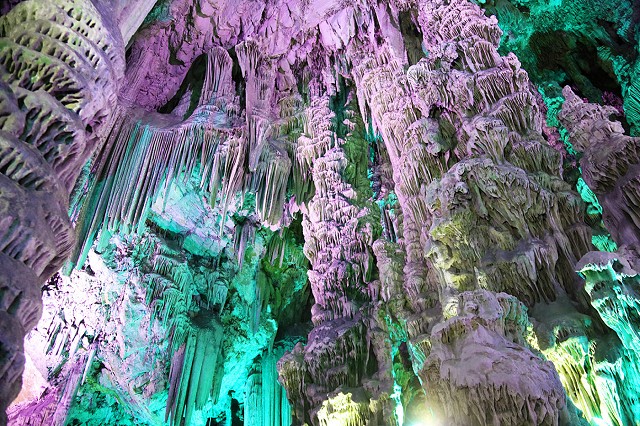 Something Gibraltar is often overlooked for is its adventure opportunities. There are a number of nature trails across the peninsula or you can go coasteering along rocky outcrops and cliffs. Something that does provide a great view of all of the whole peninsula is the skywalk. This see-through walkway allows you to see both sides of Gibraltar and across the Strait of Gibraltar something that is truly special. Being a peninsula gives tourists many different water based activities which they partake in such as chartering a yacht or going sailing,  doing morning yoga on the beach and then going swimming afterwards or having a go at stand up paddle boarding. However, by far the best of these water-based activities is the diving opportunities in the Bay of Gibraltar. Gibraltar has great marine biodiversity and has over 35 shipwrecks offshore which have been made into artificial reefs. These shipwrecks really make it a unique diving experience and can be done whether you have diving experience or you’re a complete novice.

So there we have it, you wouldn’t think that such a small place could have so much going on but Gibraltar has something for everyone no matter what kind of holiday you’re looking for and what’s even better you can use all your British currency there and maybe even pick up a few Gibraltarian pounds sterling while you’re at it (although these can’t be used in Britain).